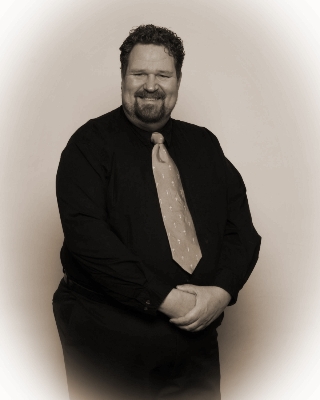 I want to let everyone who reads this know that I am far from perfect but with God's help, I will continue to do his work.

I started drinking when I was 12 years old and by the time I was 15 I was an alcoholic. At age 17, I started smoking cigarettes and marijuana. I joined the army at age 18 and served my country for 3 years.

In 1983, I met my wife and we became engaged a couple months later. After 1 1/2 years, my drinking and smoking got the best of me and my fiancé (who is now my Gorgeous Wife) threw me out. About 1 month later, I got drunk and high for 3 days because I got angry at her. That turned out to be a good thing! Why you might ask? The reason was because after 3 days I woke up telling my friends that I needed a preacher. They all thought that I had lost my mind, but I searched for a preacher anyway. When I found one, he referred me to an older preacher who had been through similar situations. I gave my life to Jesus Christ in his living room.

I then started going to Calvary Assembly of God (which is now called The King's Mansion) in 1985. Shortly after I gave my life to Jesus, my fiancé and I got back together and we were married. She has been my one and only for over 30 years now.

My ministry at the church began with teaching the little children, middle school children and on to the teenager class. After teaching the teens' I went back to the little children for a short time. During this time, I was studying to receive my local license to be able to preach and teach the Bible. After receiving my local license, about 1 year later, I received a general license to do weddings and funerals as well. Further study, allowed me to become a fully ordained minister of the Gospel of Jesus Christ.

It wasn't long after this, that the assistant pastor of the church became ill and was no longer able to complete his ministry work. I was asked to take over as assistant pastor. However, within the next year, the Pastor of the church moved to Arkansas and the congregation voted me in as Pastor of The King's Mansion Church on October 4th, 2009 and I have been Pastor ever since.

I have been devoted to this little church for over 30 years now and have no intentions of changing those devotions. I will be here until God tells me to move on and I don't see that happening anytime soon. So while I am not perfect, I am willing to help in any situation. My cell is usually on and my home doors are always open. If I can Help in any way, I will. If I can't help, I will do my best to steer you in the right direction.

May God richly Bless You in all that you do.

Register for this event

Your registration has been received.

Your email has been sent.

We have just sent an email containing a new password to login. You can always change this password by logging in and visiting the settings page.

Your request for an account has been received. Once this information is moderated you will receive an email with your account details.

We are excited you've joined the ChurchSpring family! It is our desire to come along side your ministry as you seek to reach the world for Christ. We would like to take you through a quick tutorial to get you on your way. Click continue to get started.

You have reached the limit of 6 main level navigation items. You can always rename or delete your existing main nav items to better organize your content. Consider adding pages to the sub navigation menus as well.

Are you sure you want to delete this item?

We are processing your request. Please do not click anything until this process is completed.
Thank you.

Where would you like this button to link to?

Your gift has been received. You will receive a confirmation email with the details of your gift shortly.